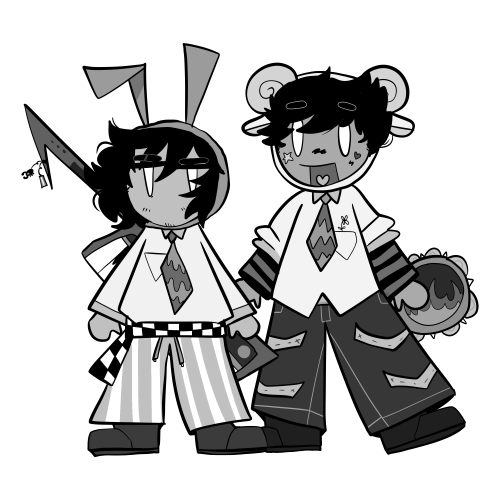 skugbug (skuhg-buhg)
noun
two-man music duo who can't stick to a single sound, and instead uses many sounds and noises in their music.

we were born, raised, and formed our band in massachusetts. we do 99% of our shows there just because we love massachusetts so so much and totally not because travelling cross-country is kinda scary and expensive.

we like wearing funny hats. it's become a bit of a tradition for me to put on whatever stupid shit people throw onstage for me, so feel free to show up with a bag full of wigs and hats (lice-free, of course)

umm... im not sure what else to put here, so i'll just list stuff about me (skuggy) specifically. i really like bugs i really like cats, i really like my keytar, i have 8 pet bugs, and my favorite bands are pumpkin patch, the garden, ajj, jack stauber, system of a down, and some reel big fish. pumpkin patch was started up by some friends of mine and they're awesome. here are my pet bugs:

buggy feel free to take it from here i ran out of stuff to put here.

Hi there! Buggy here! :-) So, we are based in MA, and I think our genre is alternative? Whatever that means! We've been going strong for a few years, like, 3 at least by now I think! It feels like we started just yesterday!

That's probably it for band stuff, here's some stuff about me: I really love sheep, camping, fire, and being with my friends! I'm not a very artsy person so I can't help a lot on album art and stuff, but I can take pictures and stuff and record! Some bands I really like are Socks and Sandals, Pumpkin Patch, Tally Hall, ABBA, Kero Kero Bonito, and bo en! Socks and Sandals and Pumpkin Patch belong to our friends!

Hm....that is also all I have to say, so I'll add links to little pages where we can paste a bunch of fun blinkies and banners and stuff in, for fun! Skuggy, go find some blinkies for yourself! These'll update every time we find more! Okay, bye!

(warning for blinking/flashing gifs in the links below)