hi! still dunno how to start these. went to work today! and came back with many a thoughts. all bug related, of course. this is not going to have a point, so please know that if i sound like im coming to a conclusion or a point, it's completely on accident.

anyways, i went to the pet store today on my lunch break, because surprisingly enough it's a pretty short walk from here to there. i tested out if i could walk from work to there during my 10 minute break, which probably wasnt smart considering my legs are as sore as a bitch now, but i reasoned that if i ate lunch i'd have time to run over there and see some fucking KITTIES. some fuckgig KITTY CATS,

but i saw more. i was reunited with a past lover, a spring's fling now long gone, the tomato hornworm. my beloveds, but oh how they tease.

i promise im not insane. so i went in, and it's like, generic megacorporation pet store, really shitty little conatiners for the animals, cute kitties in the back in jail cells, a literal labyrinth of merchandise shelves i almost got lost in and felt legitimate feelings of being completely unbalanced and lost in a corn maze in. i looked at the kitties and went "ohhhhh my god little kitties" and had to say "sorry excuse me" to an uninterested mother and her 3 children all cooing over kitties which made me feel like maybe ogling at kitties is not something i should be doing as a 25 year old working man. anyways!

after kitties i went to the rodent aisle. because theyre cute in their little lumps. i was staring, completely enamoured, at a fat ham(p?)ster for a good while until i noticed a sound very distinct and very enrapturing of my attention. like, the moment i heard it, i knew i could not NOT go towards it, like the fucking song of a siren or some shit.

there's a small bug section in this store, but not for bug enthusiasts like me, more for reptile enthusiasts with beasts in need of feeding. i am not opposed to this nor am personally offended by the aisle's existence, a bitch has to eat.

anyways i couldn't not go to the bugs. come on. who the fuck do you take me for. and there i was. staring at my pandora's box. my deepest temptation. the hardest urge i've ever had to resist in my life. my dark passenger if you wiil. tomato hornworms, only $2.99(!!!!!) per 3 or so worms. $2.99! come on! i can take home a worm in my bag, right now, right here, bring it to work, keep it in my bag, and go home and just! have a worm! come on! man!

i definitely would have! i've considered this before! every single time i've been here, i always do the same thing! i gravitate to the bug section, i stare at the hornworms, i go "man. i want one so bad. or three. theyre so cheap and theyre alive i see them moving in there." i stare for a long time but put it down, walk outside, and google how big those things get, and then change my mind.

tomato hornworms are most commonly known for being a little pest, namely towards tomato farmers. hell, the first result to come up when you google their name is an article on how to get rid of them. they are common here in the US and eat lots of plants people preferably want living, such as tomatoes, eggplants, tobacco, peppers, even potatoes. apparently these are all in the nigthshade family, so i think a more appropriate (and cooler) name for them is the nightshade hornworm.

anyways, i digress. let's make a list of reasons why i, a very bug-loving man with Many pet bugs like them at home, always turn down the hornworm temptress. eating crops is not on that list. i do not grow vegetables, and it would be relatively cheap to maintain them if they eat common plants like that. i could go to [SUPERMARKET THAT ISN'T PUBLIX] right now and buy them a feast. who the fuck care. (edit: upon further research, i can't really. they eat special hornworm food in captivity. which adds onto the list of reasons why i Cant own them. however i do feel like thats capitalistic shilling of some hornworm company's product as the Only thing Theyll eat, but...whatever. it's fucking hornworms.) i did consider buying a few just to release them outside, but considering the fact they're a garden pest and DO actively destroy food that others may very much depend on, that'd be a cruel trick to play upon the massachusetts ecosystem. a cruel fate for the both of us: i, wormless, and the worms, freedom-less.

the problems for me that DO persist, though, is the size of these fuckers, the time it takes for them to fester, their fuckin eagerness to harbor chestburster parasites, and their end result. bear with me here.

i'm gonna gloss over this a little, but hornworms get huge. most grubby looking things that harbor giant adult stages do that. 5 inches may not seem like a lot to anyone out of the loop, but to worm-keepers? compared to clove jr., who's gonna get maybe 2 inches at best, they're pretty big and pretty girthy, and would not live comfortably in a mason jar. a shoebox would be ideal for them, or a tupperware tub, but alas, shoeboxes filled with dirt tend to attract not so welcome pests, and also cockroaches, and just overall grossness i don't want to bring into buggy's house. also, the tupperwares are for cooking. ALSO also, caterpillars tend to...grow along with food supply. as long as they have food, they'll keep growing, unlike humans who kinda stop growing around age 20. trust me. i know. compared to the measly little 0.5-incher worms i saw in the store, they'll get fucking huge! almost the width of my palm if not longer, i dunno. the moths also get 5 inches long, which again, doesn't seem like much compared to the 6-inch polyphemus, but is still huge when considering you'd need either a huge container for them to be able to fully spread their wings correctly and live happily, a roommate willing to put up with them free-flying(not buggy), or huge balls to be willing to release these lil guys into your town to wreck havoc on your neighbor's and the rest of the town's gardens.

umm second of all. this is getting really long, but. these guys are not just an impulse buy. considering their price it can be VERY tempting, but listen. they are caterpillars for around 4-6 weeks. they become a pupa, and it weather is warm enough, they're only pupas for 2-3 weeks, but if it's colder? good fucking luck buddy, not even google could tell me how long they'd be juicing in there for, so i assmue nobody's been idiotic enough to try. (sorry worm researchers) after that, they live as moths for up to 30 days, but could be more. which isnt forever, but IS a month, so added up...the longest run of these guys is probably around 3 months? which again, is not too long especially for people who don't keep bugs! but for me? little old me? someone who was not fully aware of the time, and resources, and energy needed to keep these guys alive? that impulse buy could've had me in deep shit for 3 months trying to raise these little bitches to not die and tryign so hard not to release them. you know?

thirdly. im. gonna brush on this because i am...not very knowledgable in wasps nor parasitical species. but...if you look up tomato hornworms, lot of images show these guys covered in a bunch of white, egg lookign things either clinging onto or bursting from their husks. i do not want to find out which it is! those are braconid wasps. they are beneficial for farmers, but not to hornworms nor hornworm keepers nor normal human people who have roommates who also do not want to wake up to a bunch of wasps in their home!

lastly. im going to brush over this even more because it is very, very objective. i find beauty in every bug. every bug is very, undeniably cute in its own way. i can say this for the sphinx moth (the moth hornworms become) as well! they are adorable, and very beautiful. however, compared to moths like....polyphemus? luna? fucking cecropia moths? they're shaped a bit weirdly, kind of like a non-moth bug that i would not like flying towards me very fast.BY THE WAY, THESE THINGS FLY LIKE FUCKING NASCAR CARS. I JUST GOOGLED IT AND WHAT THE FUCK. another reason not to own them, for me 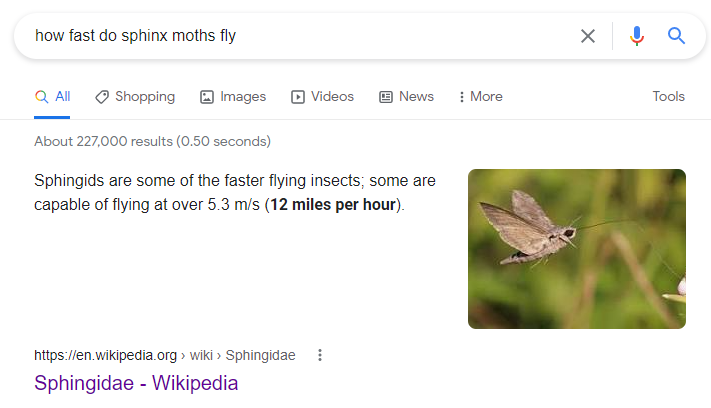 anyways, while very, very tempting, and very cheap! hornworms are not a good beginner pet caterpillar. i'm better off buying one of those monarch grow kits from walmart if i need to sate my little cheap bug urges. yknow? and while hornworms will forever hold a soft spot in my heart for being so easily accesible to non-bug owners and being very fat and green, i don't think i'll be owning one any time soon. at least, not right now, in buggy's apartment, with limited room. once i get a big terrarium, though? maybe i will take your challenge on, my green vegetable-munching elusive beasts.

for now, hornworms will not be a presence in my life. have a great day, and please think of me every time you visit your pet store's bug section and are tempted to buy a hornworm.

((OOC DISCLAIMER: i only realized after writing this that i DID give skuggy a pet hornworm, just because of this reason, because i am NOT willing to own one irl, but he's crazy enough to do it. so, pretend that only a few days after writing this, he DID buy one anyways, and named him big tony :) ))

not poetry, but kinda?, but nah, just wanted the funny name. too shitty to go anywhere else, just right for my humble abode

hm. i need to hurry up. i cant write this yet. but ill come back for you my dearest